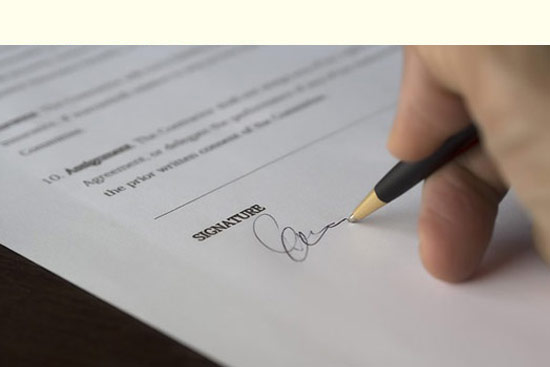 IT’S A GOOD IDEA TO GET LEGAL ADVICE BEFORE SIGNING ANY CONTRACT!!!!

What is a Contract?

A contract is a legally binding or valid agreement between two or more parties.  Contracts can be oral or written. The law considers a contract valid when the agreement contains certain elements such as an offer, acceptance and consideration.

An intention between the parties to create a binding relationship must exist. The contract itself must be legal (legality of the agreement) and the parties must have legal capacity to act.

What is a Breach of Contract:

If you feel you have suffered a loss due to a contract, call for a consultation.

Statute of limitations varies as to contracts (if oral or written).

What To Do After a Car Accident

With so many cars on the roadways, and with so many drivers on their cellular…

If you become injured as a result of a dangerous condition on someone’s property, immediately call…

The Warranty of Habitability